The Fredericton Convention Centre is proud to feature art from two nearby local galleries throughout the venue. Gallery on Queen and Gallery 78 display and sell outstanding art in their own galleries, and on the walls of the FCC.

The current Gallery 78 artwork featured at FCC can be visited on the Gallery 78 web site. Click here to find out more about Gallery on Queen.

The Fredericton Convention Centre’s first floor meeting rooms are named in honour of Fredericton neighbourhoods and surrounding communities.  An interpretive exhibit was created to celebrate the heritage behind these community names. Each plaque has been translated to English, French and Maliseet.  Click here to view the Communities of Fredericton Gallery brochure.

The Fredericton Convention Centre is also home to two pieces of permanently installed artwork.  The largest is:

Wolastokuk
The Spirit of the Land
Artist:  Craig Schneider
9’x30’, ceramic wall mural
Wolastokuk is Maliseet for ‘on or along the Wolastoq’ (Saint John River)

This large scale artwork made from more than 900 hand-made and hand-painted ceramic tiles, is featured on a curved wall on the second floor in the Pointe Sainte Anne foyer.

Commissioned by the New Brunswick Foundation for the Arts in partnership with the City of Fredericton celebrating Fredericton’s award for 2009 Municipality of the Arts of the Year, it was unveiled in March 2012

Visit You Tube to see a documentary of the making of this piece.

The second piece of permanent artwork was a gift to the FCC from volunteers of the Harvest Jazz & Blues Festival.   Created by Tim Issac, the raku fired clay tiles, copper pipe and driftwood are a lasting legacy honouring the 20th anniversary of the festival in 2010.  The art is visible to visitors to the FCC as well as passers-by on Queen Street, tucked into the northwest corner of FCC's main floor.

In December, 2013 a new piece of public art was unveiled just outside FCC's front door. The grand unveiling of "Memoria Address" by Stephen Cruise was captured on video. 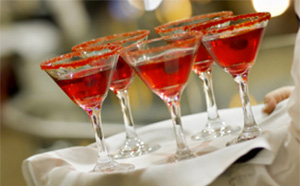